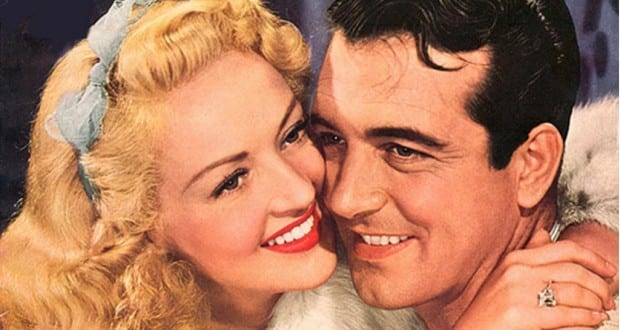 This study examined the ages of the Quigley Poll’s top money-making male and female actors between the years 1932 and 2012.  The mean ages of the top male and female actors were 41.1 and 31.9 years, respectively, and there were no systematic changes in these means across the eight decades of the Poll.  These mean ages were similar to the ideal ages of men’s and women’s preferred romantic partners that have been reported in studies of mate preferences (women aged 20 – 69 years prefer, on average, a 43-yr old partner; men of the same ages prefer, on average a 34-yr old partner).  These results suggest an intriguing hypothesis: In general, the top money-making actors may be so because they activate evolved processes related to mate selection.

Kathleen M. Silva earned her PhD from Indiana University. She is currently an Associate Professor of Psychology at the University of Redlands. Her research interests include the study of how people’s musical preferences can be influenced by procedures rooted in learning theory and social psychology. Her articles have appeared in Learning and Motivation, Behavioural Processes, Teaching of Psychology, and Psychology of Music. kathleen_silva@redlands.edu

Francisco J. Silva earned his PhD from the University of Manitoba. He is currently a Professor of Psychology at the University of Redlands. His research interests include the study of what humans understand about physical causality. His articles have appeared in American Psychologist, Journal of the Experimental Analysis of Behavior, Learning & Behavior, and Psychonomic Bulletin & Review.francisco_silva@redlands.edu

People are attracted to other people for many reasons, such as because someone is familiar to us (Zajonc, 1968), similar to us in terms of their age, religion, intelligence, education, and political beliefs (e.g., Alford, Hatemi, Hibbing, Martin, & Eaves, 2011), and physically attractive (Finkel & Eastwick, 2008; Walster, Aronson, Abrahams, & Rottman, 1966).  These variables – familiarity, similarity, and physical appearance – influence whom we believe, vote for, befriend, date, and marry (Cialdini, 2008).  Another of our actions that may be influenced by a person’s attractiveness is movie watching.

Although a film may succeed for reasons other than the appeal of its actors, different actors are differentially associated with box-office success.  To measure an actor’s appeal, the Quigley Publishing Company publishes an annual poll of motion picture exhibitors.  The Quigley Poll, as it is commonly referred to, has been published every year since 1932 and consists of a survey that asks motion picture theatre owners and film buyers to vote for the ten actors that they think generated the most box-office revenue for their theatres during the year.  Significantly, the poll asks voters to distinguish between actors who appear in a film versus those who were responsible for attracting an audience to the film.  In this regard, the Quigley Poll attempts to measure an actor’s appeal or attractiveness.

Exactly what attracts an audience to an actor is unclear.  It could be a multitude of variables, many of which are difficult to operationally define and measure (e.g., how much an audience identifies with the character played by an actor, how much an audience admires the leadership of the character portrayed by an actor, or an actor’s acting abilities).  In contrast, a variable that is easy to quantify and may affect an actor’s attractiveness is his or her age.

In this study, we used examined the Quigley Poll’s top money-making male and female actors for the years 1932 to 2102 to address four questions:

Data collection began by noting the top money-making male and female actors for each year between 1932 and 2012 published in Quigley Publishing Company’s International Motion Picture Almanac (http://www.quigleypublishing.com).  The actors’ ages at the end of the year in which they were the top actor were obtained from the Internet Movie Database (IMDb) (http://www.imdb.com).

This resulting data consisted of 81 male actors, but only 78 female actors.  This difference in the number of males and females occurred because the Quigley Poll yields the top ten money-making actors of a given year.  In three years (1957, 1983, 2007), no female actors made the list.  In addition, there were two years (1942, 1952) in which there was a tie for the top money-making male actor.  For both of these years, the ages of the actors were averaged to produce a single age for each year.

The following features are worth noting.  First, linear increases in age across several years occurred when an actor was the top money-maker in successive years (e.g., Shirley Temple in the 1930s, Bing Crosby and Betty Grable in the 1940s, Barbara Streisand in the 1970s, Burt Reynolds in the late 1970s and early 1980s).  Second, there was no systematic trend across the decades; small increments in the ages of the actors were followed by larger abrupt decrements.  Third, the top money-making female actor was consistently younger than the top male actor (Mfemales = 31.9 yrs, SD = 10.6; Mmales = 41.1 yrs, SD = 9.1).

Figure 2.  Relative frequency distributions of the data shown in Figure 1. Randomization tests of the male and female actors’ ages failed to produce two distributions whose absolute mean difference was equal to or greater than the mean difference of the data (Mdiff = 9.2 yrs).  The computed probability of obtaining the results shown in Figures 1 and 2 by chance was 0/10,000 or p = 0.0; thus, the obtained results were statistically significant.

In terms of who goes to the movies, the Motion Picture Association of America (MPAA) (2013) reported that 50% of the people who purchased movie tickets in the United States and Canada in 2012 were women and 50% were men.  Moviegoers aged 25 to 39 years bought the most tickets (24%) followed by 18- to 24-year olds (19%).  According to Screenvision (2013), a cinema advertising company in the United States, the median age of moviegoers in the United States is 30.5 years and 51% of its audience is aged 18 to 49 years.  Although the mean age of the top money-making female actors (31.9 yrs) falls within the age demographic that the MPAA (2103) and Screenvision (2013) report most often goes to the movies, the mean age of the top money-making male actors (41.1 yrs) falls outside the MPAA’s 25- to 39-years range.

To explain this difference, we examine a dimension of attraction where men are generally older than women: mate selection.  As expressed in cross-cultural surveys (Buss, 1989), online dating services and newspaper advertisements (Gustavsson, Johnsson, & Uller, 2008), popular magazine surveys (Pergament, 2013), and the ages of American men and women when they first marry (Elliott, Krivickas, Brault, & Kreider, 2012), women prefer older partners and men prefer younger partners.  This pattern is so consistent across many cultures that researchers believe this result reflects evolutionarily selected tendencies rather than societal sex-role norms (Kenrick, Keefe, Gabrielidis, & Cornelius, 1996; but see Burrows, 2013).  Men supposedly prefer younger women because these females have higher reproductive value and fecundity.  Women supposedly prefer older men because these males have more material resources and higher social status (Kenrick, 2011).  One exception to this pattern is that male teenagers (12 to 18 yrs) say that their ideal dating partner would be several years older than themselves.  Once men reach their 30s, though, they tend to prefer partners slightly younger than themselves, a preference that becomes more pronounced as men age.  For example, men in their 60s generally prefer women about 5 to 15 years younger than themselves (Kenrick & Keefe, 1992).

Based on research of men and women of different ages’ (20s through 60s) preferences for the age of their partner as expressed in adult advertisements, the mean age of men’s preferred partner is about 34 years old.  The mean age of women’s preferred partner is about 43 years old (see Kenrick et al., 1996, Fig 1).[1]  The mean difference between the men’s and the women’s preferred age of their partners is 9 years.  The similarity of these means (i.e., women aged 20 – 69 prefer, on average, a 43-yr old partner; men of the same ages prefer, on average, a 34-yr old partner) and the mean difference (9 yrs) to the mean ages of the top money-making male (41.1 yrs) and female (31.9 yrs) actors and their mean differences (9.2 yrs) is notable.

The preceding results are suggestive.  They are either a remarkable coincidence or the product of unidentified variables.  Movie audiences are a diverse population of various ages, races, ethnicities, religions, sexual orientations, socioeconomic statuses, intelligences, and many other demographics (see e.g., Nielsen National Research Group, 2013).  It may be unreasonable to think that someone was a top money-making actor because she or he activated an unconscious, evolved mechanism related to mate selection in a large percentage of moviegoers.  It could be, for example, that movie audiences are attracted to certain actors not because of anything to do with mate selection, but because of something related to leadership, humor, empathy, or acting ability.  Or perhaps the reason why female actors in their 30s and male actors in their 40s are most often the top money-makers is because these are the people who are offered the best scripts, most money, and largest promotional campaigns.  None of these possible reasons, though, excludes attractiveness related to mate selection as an underlying influence.  For example, studio executives may offer the best scripts and the most money to female actors in their 30s and to male actors in their 40s because audiences find these people physically attractive.  Indeed, a survey of 2,000 people in the United States commissioned by Allure magazine (2013, April) found that women are considered most beautiful at age 30 and start to show signs of aging at 41.  In contrast, men are most physically attractive at age 34 and start to show signs of aging at 43.  Although the “most beautiful at” age for the women is similar to the mean age of the top money-making female actors, the age for the men is lower than the mean age of the top money-making male actors.

Kenrick, D. T.  (2011).  Sex, murder, and the meaning of life: A psychologist investigates how evolution, cognition, and complexity are revolutionizing our view of human nature.  New York, USA: Basic Books.

[1] These ages were obtained using WebPlotDigitizer (Rohatgi, 2012) to extract the numerical data from the graph in Figure 1 of Kenrick et al. (1996) and then averaging across the aforementioned age groups of men’s and women’s preferences for their youngest and oldest partners.