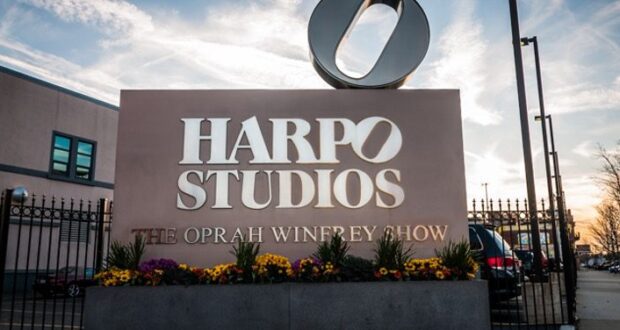 Demystification of The Oprah Winfrey Effect From a television consumption perspective, The Oprah Winfrey Show was not only a highly rated TV show, but it also shined a light on the host herself, casting her as both an emotionally relatable personality and a transformative figure, particularly with a female audience (Peck, 1994, 2015; Squire, 1994; Wilson, 2003). Pease and Brewer (2008) noted that Winfrey’s influence extended beyond products to consumers of the daily talk show as she discovered how to engage in earnest discussions with the studio and home audiences in a way that created meaning for them across numerous topics (Nurfazrina, 2016; Peck, 2010). Recent fan comments suggest that her personal effect was also meaningful for viewers and appears to remain so, despite the number of years since Oprah appeared on her daytime talk show. This effect indicates that her influence continues (Renfro, 2020) and, today even after many years, remains deeply impactful (Letters to Oprah, n.d.).

A two-phased, qualitative study was executed to understand the production-side experience that could inform the potential research questions relating to The Oprah Winfrey Show’s impact on the audience and explore the idea of Oprah’s legacy (Garner, 2021). The purpose of the study was to examine the insights from five executives who work or worked for Oprah Winfrey during the production of The Oprah Winfrey Show syndicated series (1986-2011). The secondary phase examined the database of The Oprah Winfrey Show from a meta-analysis perspective in terms of episodic titles and show category themes.
This qualitative research study included one-on-one, in-depth interviews (IDIs) with five key executives from Harpo Studios who played a senior integral role in show curation, marketing, public relations, and talent booking. The interview structure used a grounded theory, qualitative approach because this method employs an open-ended approach for uncovering aspects about how the social world works to garner insight (Wertz et al., 2011). The executive interviews explored some of the key components or considerations that were given to curating The Oprah Winfrey series, the emotional and personal experience of those involved, as well as their perspectives as to what would resonate with the audience.

The secondary phase was conducted post-hoc using a meta-analysis exploration of The Oprah Winfrey Show database. This analysis occurred post-executive IDIs to reduce potential interviewer bias while collecting the qualitative themes.
Qualitative In-Depth Interviews with Harpo Executives
From qualitative interviews with Harpo Studios executives (Garner, 2021), the power of the series’ longevity and the audience’s connection to the Oprah Winfrey brand, beyond the show itself, emerged as the primary themes.
These executives described The Oprah Winfrey Show as “more than a talk show,” using terms such as:

The executives’ sentiments largely echoed scholars’ work on Oprah and the parasocial interaction among consumers (Lofton & Weber, 2012; Loroz & Braig, 2015; Peck, 2010). The interviews also confirmed the narrative themes of self-growth, overcoming challenges, and personal transformation throughout the tenure of the show.

Meta-Analysis of The Oprah Winfrey Show

An additional goal of the study was to examine an existing dataset of program, titles, themes, and broadcast dates of The Oprah Winfrey Show to see if themes align with executive recollections. The database is proprietary, supplied by the Oprah Winfrey Network (OWN) with permission and contained no personal data. With access to The Oprah Winfrey Show (TOWS) database (Hapro, 2011), a lexical meta-analysis was run on both show titles and episodic category codes of all 4,561 episodes of the series; the analysis was run using Leximancer, a software system that provides in-depth text analysis to identify key concepts, stories, and relationships within a defined text set of data. The analysis for the show titles versus the episodic categories revealed some similarities, but it also highlighted several differences (Garner, 2021).

The meta-analysis of show titles revealed the highest frequencies, which were also connected to numerous other words in the titles, were for the words “cast” and “exclusive.” These connections were direct and indirect with their associative properties. Other words that garnered modest frequency included “Oprah’s Angel Network (OAN),” “inside,” “Oprah,” “stars,” “married,” “children,” and “family” (Figure 1). The primary finding on episode titles revealed the commercial nature of capturing the audience’s attention vis-à-vis direct language and salient messaging (Forscher et al., 2019). The meta-analysis of the show’s episodic categories, which were the themes and topical descriptions supplied by the producers to the TV show listing services, indicated some similar word choices (Figure 2). However, the foci of the word frequencies and the words’ connectivity centered largely around “gender,” “conflict,” and “celebrities” (Garner, 2021). Moreover, the former two (e.g., gender and conflict) generated the greatest degree of thematic connectivity— direct and indirect—to other lexical categories. This finding illustrated the social capital the show had with its audience in terms of cognitive uptake and consumer insight. Chua and Westlund (2019) note in their longitudinal study that “audience-centric engagement” has evolved to not only include content and business functionality but also metrics that impart “collaboration culture” and “platform counterbalancing” (p. 162). This meta-analysis of the TOWS database suggested the significance of the Oprah legacy which evolved from the television series in a linear, analog media experience to the multimedia empire it was in 2011 (when the show went off-air) and is today. Also, the top two words “gender” and “conflict” represent core deviational brand targets in terms of the thematic device which attracts viewers to engage with the show (Dweck, 2008; Kahneman, 2011; Mulder & Yaar, 2006). “Gender” was the most used categorical word, mentioned 1,727 times out of 4,561 episodes or in approximately 38%, and further underscored the unique resonance the series had with its female audience.
Additional high-word frequencies that occurred within the episodic category meta-analysis that were absent or muted in the title meta-analysis were “health,” “best,” “image,” and “money” (Garner, 2021). These words provided insight into how the show provided consumers with “best-life” guidance that both previous research from Nurfazrina (2016) and Loroz and Braig (2015) referenced in terms of consumer engagement and commerciality. Some words, such as “health,” “best,” and “image” also hinted at deeper psychological descriptive that shows’ messages may impart in terms of “non-conscious motives that can induce positive affect” (Van Cappellen et al., 2018, p. 77).

To address the research questions and hypotheses related to Oprah’s impact, a quantitative audience self-report survey collected responses to examine how reported emotional experiences and sense of connection were related to the audience’s self-perceptions of the show’s impact 10 years later (e.g., see Appendix A). This survey was fielded October 6-12, 2021.

While the audience Oprah assembled during the show continues to follow her on her newer media endeavors (i.e., Instagram, Twitter, Weight Watchers, and Oprah.com). This qualitative study examined the saliency of the messages that The Oprah Winfrey Show of how formal features of the production and consumer listing information imparted meaning. While the bulk of scholarly research on Oprah tilts toward a humanities and marketing perspective, recent communication and psychology studies on narrative have begun to shift. The interest and increased research in positive psychology extend several avenues for understanding what her talk show provided. Key findings from both phases (e.g., TV executive IDIs and lexical meta-analysis of show information) produced sentiment-informing questions for a larger consumer-based quantitative survey.

When Oprah was sunsetting her eponymous series (in 2011) she was dubbed as one of Time’s 100 most influential people in the world. Former media mogul Ted Turner (2011) penned the brief tribute, stating, “I have often said that if women ruled the world for the next 100 years, we’d all be better off. I have a feeling that with the possibilities at Oprah’s fingertips, we may be one step closer.” From the vantage point of this study, The Oprah Winfrey Show’s legacy is the evidence that media advocacy for socially conscious programming was, like Oprah, ahead of its time.

Mulder, S., & Yaar, Z. (2006). The user is always right: A practical guide to creating and using personas for the web. New Riders. 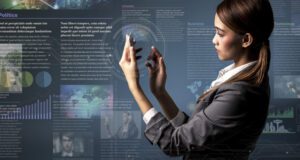 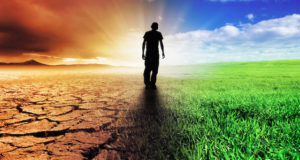 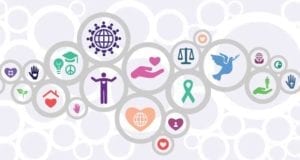 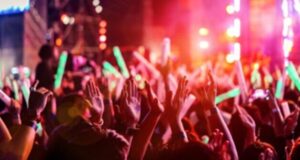 “Love me!” Examining the effect of music censorship on sexual priming and sexual cognitions 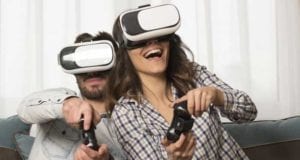