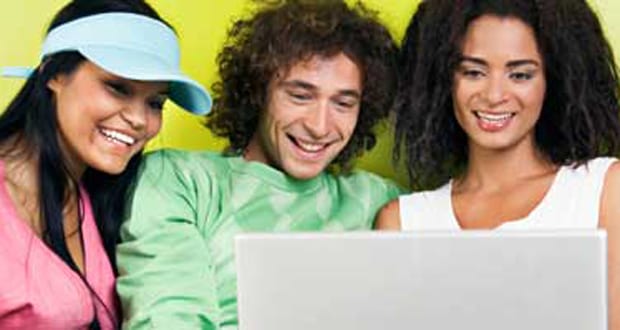 Audiences research today face a large number of challenges, technological change and, probably the most important, social consequences. The contemporary audience that connects to the world and others via the web is difficult to understand using traditional approaches. The status of the World Wide Web today, forces us to think both the user and the medium. User’s activities are a fertile ground to build a more comprehensive account of audiences by focusing on what the “audience does.” Using Multidimensional scaling (MDS) and cluster analysis techniques, a study was conducted with the purpose of building a spatial map able to represent an important set of Internet activities, group them into different clusters, and identify different dimensions. This will help in understanding user attitudes towards the medium and the type of media culture it frames.

Carlos Poupa has a multidisciplinary background. BSc in Electrotechnical Engineering and Computers, MBA and MSc in Business and now he is working in his doctoral thesis in Education. Poupa joined Universidade Lusófona eight years ago, where he teaches Market Research and Organizational Behavior. He is author of two books on Research Methodology. His research at the Centre for Research in Applied communication and media technologies (CICANT) is focused in Internet Sociology. cpoupa@gmail.com

What the Internet and other new information and communication technologies provoke, is not simply a revisioning of the audience as a researchable group, but also a reconceptualization of media research methods and approaches. Today’s online experience involves new forms of user engagement with the media (Deuze, 2007) that go beyond direct interactions with the media and encircle a set of activities on which audiences’ wider meanings are inscribed. Differently from the past passive consumer, today’s audiences are more interactive (Ross & Nightingale, 2003) performing several activities and developing new relationships at the same time in a more engaging way (Livingstone, 2005).

Alasuutaari (1999) expresses an interesting possibility that the task of contemporary audience research is to study the whole media culture on which audience activity takes place. This media culture encircles not only traditional commercial audiences analysis that focus on ratings and measurement (Schroder, Droter, Kline & Murray, 2003) but also the understanding of what users are actually doing online.

Our study goes beyond the analysis of substitution phenomena or measurement of online activity that are present in some analyses (Webster, Phalen & Lichty, 2000) and proposes to emphasize audience work or activity-taking as a positive contribution consistent with the uses and gratifications theoretical approach. This theory states that the cultural experience of a specific media can be treated as the process of involvement and understanding of that media by a specific audience (McQuail, 1997).

Our proposal is to examine a variety of attitudes, values and reported behaviours towards the Internet and using statistical tools, such as cluster and multidimensional scaling (MDS), so that we may better understand online audiences with respect to specific activities. Such a survey not only lays the groundwork to a better understanding of today’s online media culture, but also allows for the development of original procedures for the segmentation of Internet users. In line with other studies (Flanagin & Metzger, 2001), we also suggest that the range of needs that users satisfy online is potentially greater than those they satisfy through traditional media. While the range may be greater, however, the paradigms of media consumption are parallel with those we find in other “traditional” media. Our central hypotheses is that what users do online is not different from users’ engagement with other media in the sense that the needs to be fulfilled are the same, but the activities they conduct are considerably different. The present document describes the statistical procedures that were conducted in the context of our larger study to isolate and identify the significant activities. We also discusses their relevance for the understanding of online audiences.

A self-report questionnaire was applied to a sample of 1,932 individuals, from which 599 (31%) were female and 1333 (69%) were male. Their age was between 12-18 years old. The majority of these, 1632 (94%), were students from Secondary Education and Further Education. All participants lived in different areas of Portugal. This sample was representative of the target population for the age group in the country.

While other activities could be considered, there is a limit on the number of stimulus appropriate for an MDS analysis thus creating a need to choose them. The researcher is responsible for the choice of activities. This set of activities seems reasonably comprehensive and represents a significant portion of the time dedicated to Internet usage.

The design of the study involved MDS analysis at the aggregate level, which was applied to build the spatial map of the Internet activities. A derived approach was used, with a preference rating based on the frequency of each activity. The data was processed with the ALSCAL program, available in SPSS. Interpretability was the key criteria in the decision about the number of dimensions. For that reason, the MDS was developed for two and three dimensions. RSQ was used as an index of fit and a stress value was computed. Finally, cluster analysis was also performed on the results of the 3-dimensions MDS to reveal better the similarities and differences of the Internet activities. An ordinal scale for the frequency of usage was used as a measure of preference for the different Internet activities and provided the basis for the subsequent MDS.

MDS and cluster analysis were used in tandem. This is a common procedure according to Arable, Douglas & De Sarbo (1987) and Trosset (1999), although there is some criticism regarding to the choice of MDS procedure to be used. The selected MDS procedure was INDSCAL in a choice similar to Geisinger & Sireci (1992).

The self-report questionnaire was passed to all respondents in the presence of an assistant. The procedure for inquiry involved the administration of the questionnaires in “live settings” through a three-month period.

The results of the survey allowed us to identify the relevant activities and group them under three dimensions that summarize users’ position towards the medium.

The following table shows the list of the variables used in this study and the corresponding Internet activities:

The following table is a synthesis of the dimensions found in the study:

Table 4. Dimensions found in the study

Going back to Table 2 we now can explain our interpretation of the detected dimensions. Dimension 1 is related to the complexity of the task, so general web browsing, email, and listening to music are perhaps the most basic activities on the Internet, accessible to any beginner. On the contrary, activities like web site creation or blogging usually reveal a more knowledgeable user. This is consistent with other studies (Ross & Nightingale, 2003) that found that with online audiences there’s a blurring of the frontiers between reception and production.

Dimension 2 reveals an orientation for immediate results. That is obvious in chat, a synchronous activity, and also in SMS, a quick and inexpensive way to contact others. It is not as obvious how school-related browsing reveals an orientation for quick results. We must take into consideration that this kind of Internet research is a superficial and quick way to get schoolwork done, so it seems to represent an immediate results orientation. Compared with chat and SMS, mail does not represent an immediate orientation. Similarly with online communities, it usually takes time to grow an online community. Music is often downloaded for later use, or just stored and never used. Finally, Dimension 3 seems to be risk-related. This dimension is inverted, meaning that a small value in this dimension means a more risky situation. In fact, p2p download is a very risky activity for computer security. There is also social risk in chat and online communities for individuals, particularly young people, who risk personal security by disclosing identifying information.

The following 3D scatter plot is a representation of the Internet activities with the axis representing the subjacent dimensions:

We applied Cluster analysis to illustrate the similarities of the Internet activities. A hierarchical cluster analysis was made with SPSS, using the Ward linkage procedure. The output generated by the SPSS is the following:

We then grouped the different activities into three different clusters.

Table 6. Relation between activities and clusters

Finally, figure 2 represents a different representation of that same relation.

As shown above, both the agglomeration schedule and the dendogram suggest a solution with three clusters. So, we will consider three clusters of Internet activities:

Cluster 3 should not be considered as such because it has only one activity. Clusters 1 and 2 differ in the level of the sophistication of the activities.

The results of this statistical analysis provide an understanding of how Internet activities relate with each other, and show how being a member of an online audience is a much more active experience than with traditional media. These results also show that different Internet activities compete for the time and attention of the user.

Our study shows that online audiences can be better understood using a cognitive and affective model that integrates the experience of time and attention the user spends with the media within the cultural and social background. The dimensions found in the study need further confirmation. The perceived risk and perceived complexity of a task change with Internet usage and with technology development. We must also acknowledge that the spatial map of the Internet activities is also changing.

The use MDS and cluster procedures allowed us to move away from descriptive or demographic studies, however because they were conducted at an aggregate level there are obvious limitations. Further qualitative analysis has to be conducted on the same subject in order to better understand if the identified cluster maintain their structure across different groups.

The Internet is a medium still in its infancy that provides new media contexts and new audiences formations that researchers should explore. Our study allowed for the isolation of relevant activities that users conduct online, grouped into three dimensions that seem to depict a generalized process of involvement with the media and provide a configuration of a specific media culture (Alasuutaari, 1999). The study goes beyond theoretical considerations and focuses on actual audience experience, in this case in a specific cultural and social setting that we believe can be extrapolated to other similar ones.

The development of the World Wide Web requires us to rethink both the audience and the medium. Results of this study show that a new more interactive audience is emerging that uses a new medium to fulfil old needs in new ways. But more important, a new identity is emerging that can no longer be apprehended by traditional segmentation. The ways users position themselves in relation to the three defined dimensions provide original ways to understand their presence in the online mediascape (Jenkins, 2006) showing that an affective culture frames their cognitive attitude towards the medium. 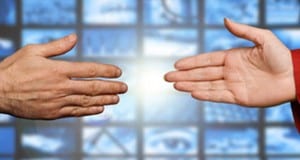 The Hero and the Internet: Exploring the Emergence of the Cyberhero Archetype 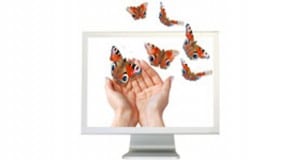 Is the Internet Giving Rise to New Forms of Altruism? 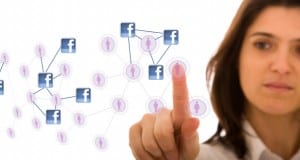 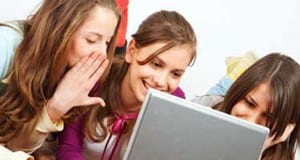 Hanging Out and Growing up with Social Media 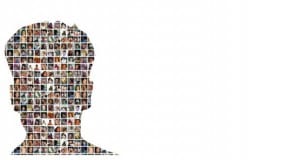