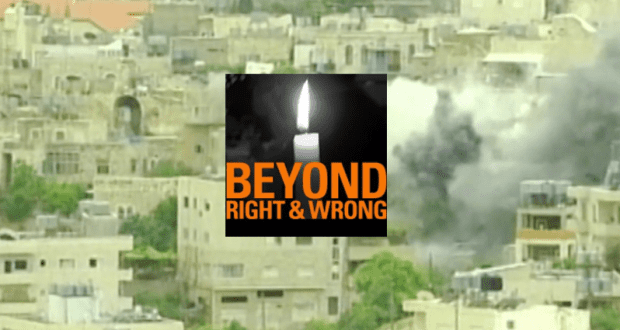 Through film and documentaries, change makers, media, non-profits, and for-profits in the film issue space, are all using metrics and data to evaluate their impact. They want to be able to say that their movie raised awareness, corrected an unjust law, or changed people’s behavior. They are developing scientific methods to show they can do it. Many of those methods are based in social science research used before to evaluate media effects. The Participant Index is one new evaluation tool. While cutting edge research in neuroscience is being used to support the power of storytelling, it is also time to adopt the science of positive psychology to evaluate media impact, if we want to broaden and build the resources of social change. Stephen White earned his MA in Media Psychology from Fielding Graduate University. He has been a Fellow at Fielding’s Institute for Social Innovation, and was awarded an Osherson Fellowship from the Alonso Center For Psychodynamic Studies. He continues to study and write on psychology.

In today ‘s media landscape, organizations are assisting filmmakers by showing how to measure the impact from their films and social documentaries. In some cases using data to create content that will appeal to certain groups that need to hear the message that filmmakers want to get across. Furthermore, companies that produce movies with a social message want to bring about changes in laws, political agendas, governance, and people’s behavior. It is not left to creativity alone, for these issue movies now take their cue from research in the social sciences.

In a previous article, I made the argument that behavioral measures of empathy and compassion, already applied in the field of social entrepreneurship, should be considered in evaluating the impact of social message or impact films (White, 2013). The research was drawn mainly from the movies produced by Participant Media and from their website, Take Part, where Participant engages their audience to take actions, in order to bring about the kind of social change that a particular movie may depict. Media, non-profit and for profit, designed around social impact films use several research methods to identify individual behavior change, public interest change, or institutional change. Given the variety of goals, there is a spectrum of impact to potentially be measured (Chattoo and Das, 2014).

Presently, producers, funders, researchers, strategists, and philanthropists of social impact films are discussing how storytelling influences individual attitudes and behavior. Some are more interested in policy change and shift in public opinion, which may be important to institutions and policy makers. There is no one research method to evaluate media impact, but whatever the methodology, Chattoo and Das (2014) argue that they all derive from social science research methods used to study media effects — both qualitative and quantitative — surveys, questionnaires, focus groups, experiments, and content analysis

The first steps concerning individual attitude and behavior change that social science research examines are awareness and action (Barrett and Leddy, 2008). Awareness is the first level of social change, for example, getting an audience to better understand an issue. According to Barrett and Leddy’s model, the next step is to shift the public to act.

“For any of a number of projects, an ideal impact assessment approach layers several research methods and clearly maps appropriate approaches to the definition of impact, depending upon whether individual behavior change, public interest (policy) change, or institutional (corporate) change is the goal” (Chattoo & Das, 2014, p. 1).

One approach, the Participant Index (TPI) developed by Participant Media, assesses a viewer’s emotional response, knowledge, attitudes, and the social actions taken after seeing a film. TPI examines real world (as differentiated from recruited) viewers who viewed one of their films. To further measure impact, Participant Media began work with the research team at USC’s Lear Center, to find out if movies can change people’s behavior. Research conducted on Participant Films’ documentary “Food Inc” drew on models of Entertainment Education (EE) (e.g., Singhal, Cody, Rogers, & Sabido, 2003) and Narrative Transportation Theory (e.g., Green & Brock, 2002), or how an audience is transported into a story, to support their data.

According to Blakely (2012), this type of movie attracts a specific type of viewer, so getting an average sample survey was a challenge. The research showed that the viewers of “Food Inc” had similar attitudes and values rather than demographic traits.   The self-selected viewer population tended to watch social issue films and expressed the belief that film can be an impetus for social impact. Testing two samples where one group had seen the film and one had not, Blakely’s research team examined whether people within this self-selected population would take action based on the film. To do this, the team developed an audience survey research method called “propensity score matching.” Propensity score matching assesses levels of viewer’s knowledge, attitudes and behavior on an issue by comparing the two groups. Results indicated that the group exposed to the film adopted more prosocial activities in response to the film, such as buying more organic foods, thus suggesting that film can change people’s behavior within the self-selected population.

Where the study on “Food Inc.” examined the impact of a film on an audience that was predisposed toward its message, the online platform FilmRaise emerged in the film issue space with the goal to merging awareness with action by bringing people together online. The Filmraise convener platform allows viewers to watch and share social impact films. It is “the first platform of its kind. There are other convener platforms that urge users to take an action on behalf of charity, but FilmRaise is the first and only where you can watch a film for free and a portion of pledged donations go to the charity you choose” (Whelan, personal communication, December 1, 2014). Filmraise presented the documentary “Beyond Right and Wrong,” a film with a strong message of peace and reconciliation. Funded by Operation Kids Foundation and Share The Mic, donations were given to group of charities whose work mirrored the film’s message. So far, FilmRaise reports that 60,000 viewers have watched the movie for free online, up to 12 million viewers on television worldwide. For every online viewing, Film Raise’s funders send money to charity — 1000 views equal $500 for charity. The movie has received praise by critics, influential people, and organizations. The statistics since the site went up cited over 825 million media impressions or any interaction between content and an audience member (Whelan, 2014).

Only a few years ago, scholars claimed “it is rare to find behavioral measures of any kind in media research” (Lang and Ewoldsen, 2011, p. 88). Now neuroscience is starting “to unravel the answer to these intriguing questions, peering into the human brain to figure out just what’s going on in our heads, like when we sit riveted in a darkened movie theater. The key, apparently, seems to be our capacity for empathy” (Stillman, 2014, p. 1). According to Stillman (2014), by putting us in the protagonist’s shoes, stories manage to engage more of the brain through arousal. Zak (2014) argues that character driven stories drive oxytocin synthesis and that the amount of oxytocin released predicts how much people are willing to help others.

Research is being done in the area of positive psychology, in particular the body of research in the science of happiness. Behavioral psychologists reiterate that it is empathy that “makes us understand each other, connect with each other and communicate in an effective and knowledgeable way” (Simon-Thomas, personal communication, September 1, 2014). According to Emiliana Simon-Thomas (2014), we have biological mechanisms that mimic what we see in others that enable us to learn and understand what people are doing and feeling.

Pioneering studies in mirror neurons offer explanations as to why watching an emotional response in others elicits the same response in the viewer (e.g., Iacoboni & Lenzi, 2002).   Emotional mirroring, such as experiencing emotions you view in a movie, is called affective empathy. Cognitive empathy differs from affective empathy. Cognitive empathy has been shown to trigger a different biological mechanism in the brain, one that has to do with understanding, rather than feeling, people’s emotional states. Affective empathy, similar to what early researcher Daniel Batson (1998) called “empathic concern,” allows a viewer to take on another person’s perspective and increases the likelihood of prosocial and altruistic behavior.

In addition to the importance behavioral attributes of empathy and compassion demonstrate in bringing about social change (e.g., White, 2013), there is growing psychological research now into the attributes of kindness and forgiveness. Forgiveness is defined “as changing your attitude towards the hurt so it doesn’t continue to wound you” (Keltner, personal communication, September 1, 2014). Another definition given by Edgar Worthington (from Keltner, 2014): forgiveness is reducing or eliminating resentment and motivations towards revenge. Francis de Waal’s valuable relationship hypothesis states that animals reconcile because it repairs damaged relationships caused by aggression. By forgiving, some argue, humans are better able to gleam benefits of cooperation, increasing our evolutionary fitness, (McCullough from Simon-Thomas, 2014).

The documentary film “Beyond Right and Wrong” tells the powerful story of people who have been harmed, but are able to forgive the person responsible. The goal of the film is that the viewer will develop empathic concern, increasing the likelihood that they are going to take a prosocial action (Batson, 1998). Happiness researchers make a case for empathy also leading to increased happiness; sharing joy, and closer social interactions (Smith-Thomas, 2014). The studies into mirror neurons suggest that observing people in a movie participate in the act of forgiveness will elicit similar responses in the viewers. Furthermore, identifying through affective empathy would help the viewers to learn how to repair damaged relationships necessary for reconciliation. According to research by Fredrickson, (2003) and others, experiencing such positive emotions help to broaden and build our thought-action repetoire and can have a positive impact interpersonally as well as socially.

Further research could continue to evaluate questions surrounding the impact of the full range of emotions, such as whether individuals who see the film are more aware of forgiveness and reconciliation, are willing to forgive people in their own lives, or are more likely to help and make donations in the future by watching movies on a platform such as FilmRaise.

New research approaches have begun to show that movies can change people’s behavior (Blakely, 2012). Social enterprises like Participant Media, Cinereach, The Fledgling Fund, and the Harmony Institute are staking out their position in the media landscape in order to engage audiences but must evaluate the impact of movies to show they have a social benefit. The online platform FilmRaise is one of several innovative approaches, using media for positive social change by bringing movies and philanthropy together, linking the act of watching with the act of altruism. With the latest research in neuroscience and the science of positive psychology, we continue to get a better understanding of how empathy works in the brain, and how positive emotions help individuals achieve positive growth (Fredrickson, 2009). Behavioral metrics, combined with developments in neuroscience, positive psychology and methodologies development in the field are being used to measure the potential for emotional and behavioral impact of positive emotions. This is an opportunity for media psychologists to adopt and investigate whether these same behavioral measures can be used to shape content and evaluate social impact movies.

Johnson, J. (2015) About the Harmony Institute. Retrieved from: http://harmony- institute.org

Keltner, D. (2014). Intro to the science of forgiveness. Retrieved from: https://www.edx.org

Rutledge, P. (2008). What is media psychology: a qualitative analysis. Retrieved From: http://mprcenter.org/review/what-is-media-psychology/#comment-

Stillman, J. (2014). This is your brain on good storytelling. Retrieved from: 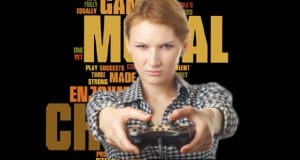 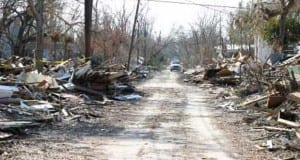